Over many years Ormond men, like other Australian males, were compulsorily conscripted into the Australian army. No Ormond women were ever conscripted. The issue of military conscription has long been controversial in Australia, and at Ormond, but opinions have varied in different conflicts and in different groups within our community.

During the First World War, two national referendums in Australia failed to gain support for conscripting young men to send them to the Western Front in France. The issue was an emotive one: in wider Australian society, refusing to join the military was sometimes regarded as a sign of weakness or cowardice, which was symbolised by a white feather. Public debate about the issue had religious undercurrents: there was strong Irish and Catholic opposition.

At Ormond, which was governed by the Presbyterian Assembly, there was strong support for conscription in some quarters. Rev J L Rentoul of the College’s Theological Hall actively encouraged enlistment, campaigned for conscription, and spoke disparagingly of opponents. Students, conversely, were strongly opposed to conscription, and their heated debates on the subject remain on record. Finally in 1918, the Presbyterian Assembly discussed and rejected proposals to require Ormond students to enlist. 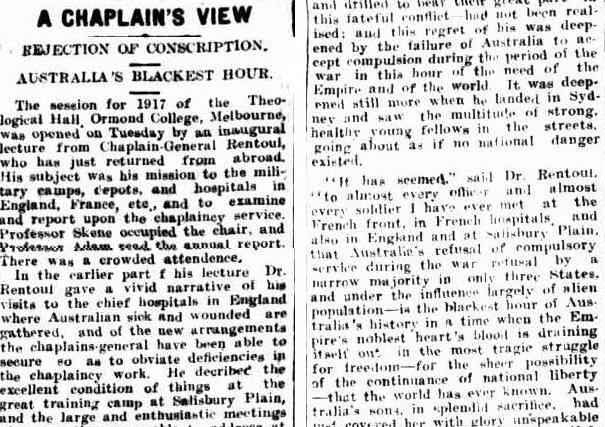 The debate about conscriptiong Ormond students was the subject of newspaper reports and letters to the editors. This report appeared in the Daily Telegraph on 17 March 1917.

Conscription or not, Ormond students and alumni joined up in significant numbers. While advocates for conscription gave speeches from the safety of Melbourne, 437 Ormond men served and 59 died.

During the Second World War, the situation was different. When Japan invaded parts of Asia and the Pacific Islands, bringing the Second World War closer to Australia, there was wide support in this nation for military conscription. Accordingly, Australian men were for the first time conscripted into the army, although initially only to defend the ‘homeland.’ As the then-colony of Papua New Guinea was defined as part of this ‘homeland’, Australian conscripts participated in the first defeats of the Japanese in the territory of our northern neighbour.

Initially, fewer Ormond men were recruited into the army, as those employed in or studying for professions such as medicine, agriculture and engineering were initially not allowed to enlist. This reduced the number of Ormondians eligible to join the army.

But many did enlist and 31 Ormond men were killed in World War II. It does not seem so many compared to the First World War, but the death of my father’s fighter pilot brother in Europe is sadly meaningful to our and other Ormond families. The other casualties are doubtless similarly mourned.

A lesser-known war into which Ormondians were also conscripted began in 1950 with an invasion of the democratic south of Korea by the communist north. The Korean War soon prompted universal military conscription in Australia. This was less controversial than earlier conscription because of widespread public fear of Communists. All 20-year-old Ormond men, again no women, were compulsorily ‘called up’. 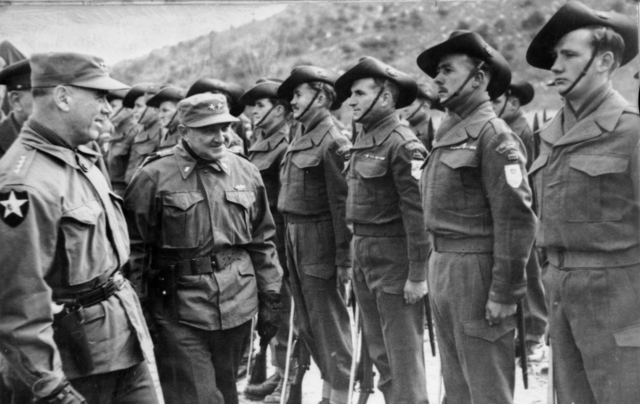 The only way to avoid this fate was on medical grounds. This included having flat feet. My medical class colleague Jack Hirsh was excluded because of his flat feet. He went on to golfing glory. I went on to army manoeuvres.

I was conscripted into the army during this time. We were never sent to fight (that was left to the professional soldiers) and got no further north than Puckapunyal, some 100 kilometres from Melbourne. It was very hot, very dusty and – to our way of thinking – a big waste of time.

The only amusement was when a group of conscripts led by an Ormond man – a then young Colin Melville – mistakenly destroyed an armoured tank using long-range shell fire. We thought it was funny but this view was not shared by the top brass.

The Vietnam War was much more controversial. Conscription of young men was by ballot based on birth dates. Few Ormond men were conscripted but many were opposed to both the war and to conscription. The University of Melbourne became the centre of opposition to compulsory service and the site of police raids; there were demonstrations in the city centre. Young men conscripted through the ‘birthday ballot’ began to refuse to register.

By 1969, television pictures of the horrors of the war began to turn public opinion against the war and conscription.

Finally, the Australian government gave up and stopped prosecuting the draft dodgers. 15,381 Australian conscripts served in Vietnam. About 200 were killed. As far as is known, no Ormond men died in Vietnam, but several were conscripts. 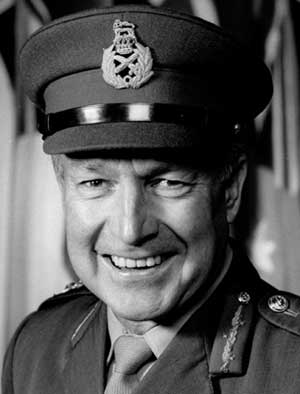 Ormondian Peter Gration joined the army voluntarily, served in Malaysia and Vietnam and later became the Commander in Chief of the Australian Defence Force.

While conscription has been controversial during Ormond’s history, voluntary military service has long been a fine and noble career for Ormond men. Perhaps the most famous Ormond military man was Colonel Dr ‘Weary’ Dunlop. During World War II, he served as a very brave, devoted surgeon to his captured soldier friends and colleagues for 3 long years on the Burma railway. He returned safely from this role to become a senior surgeon at the Royal Melbourne Hospital, where I acted as his surgical assistant.

Less well known but also brave was a young man named Peter Gration who played with distinction in the back pocket of the Ormond footy team. In 1969-70, as an Army Lieutenant Colonel, he served with equal distinction in Malaysia and Vietnam. Later as Lieutenant General Gration, he became the Commander in Chief of the Australian Defence Force.

These distinguished Ormondians joined hundreds of others who enlisted, some voluntarily and some otherwise. Some served on Australian shores; others had difficult roles in battle or as prisoners of war. All had their lives altered by conflict and some never returned. That current Ormondians can freely choose a civilian life without the threat of a conflict overseas should never to be taken for granted.

Every Ormondian has their own unique experience of College life, and their own story to tell. Were you or your family affected by military service? Share your story with the community. 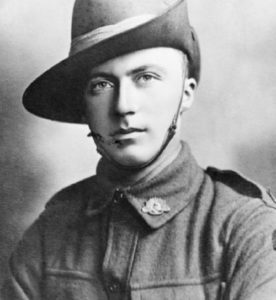 Jim and David were best friends

I shot a golf ball in the air 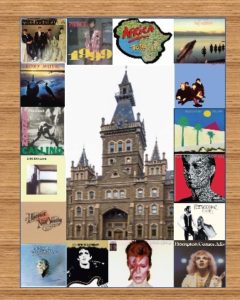 Songs from the Tower